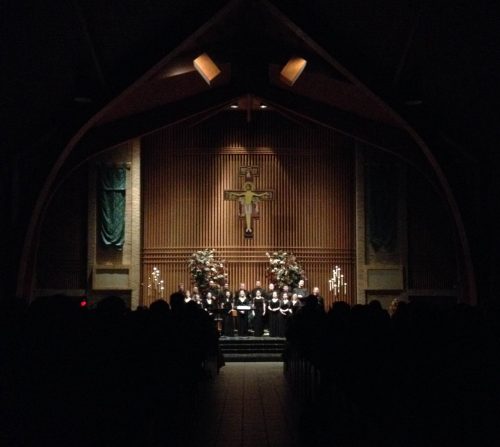 As part of Tenebrae’s 2015 USA tour, the choir takes the audience on a spiritual and historical journey beginning in Renaissance Spain and Italy with the sublime music of Lobo, Victoria and Allegri, before moving westwards to Mexico for Padill’as ‘Missa ego flos campi’

The second half of the concert features the music of German craftsmen Brahms, Bruckner and Reger, giving and insight that much of their inspiration originates not only from the counterpoint of Bach, but from the expressive polyphony of their Renaissance predecessors.

Tenebrae is delighted to be making its Michigan debut, hosted by one of the USA’s oldest performing arts presenters, UMS.

The Romantic Legacy of Renaissance Polyphony