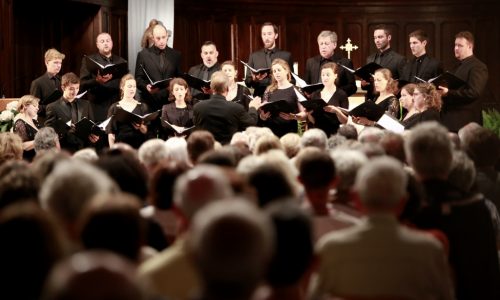 Joby Talbot’s Path of Miracles was the first major work commissioned by the award-winning professional vocal ensemble, Tenebrae, in 2005 and having received high acclaim (“an evocative odyssey” – The Times) returns this year for an extensive UK tour.  To accompany its revival, Tenebrae has commissioned a unique new choral work by Owain Park, Footsteps, which allows Tenebrae to perform alongside the Children’s Choirs of St. John the Divine and marks Tenebrae’s fifteenth-anniversary season.

Make the most of the day by joining Nigel Short for a pre-concert workshop for an insight in to what makes Tenebrae’s approach to music unique!