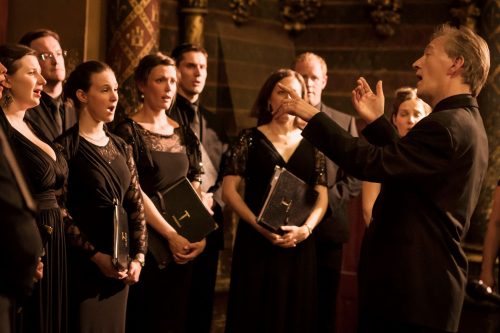 The British seem to have an instinct for remembrance, deep in the collective psyche. It is in the fabric of our towns and cities in the form of inscribed memorials, and just below the surface there is a respect for sacrifice, particularly in active service. The minute’s silence, the sight of falling poppies, crowds lining streets for a cortege, and of course the music of consolation and respect which has a sound which so many recognise. From the first two notes of the Last Post from a lone bugler to the emotive first chords of Elgar’s Nimrod, we have a culture of commemoration in music and the choral tradition possesses an unmistakable role in giving voice and words to these sentiments.

Tenebrae offers the finest pairing of poetry and music in a range of works, some already treasured in the heart of the nation, with other masterpieces which might well join them.

Elgar They are at rest
Tavener Song for Athene
Gurney Since I Believe in God the Father Almighty
Judith Bingham A Walk with Ivor Gurney
Howells Take Him, Earth, for Cherishing
INTERVAL
Parry Songs of Farewell
Schoenberg Friede auf Erden