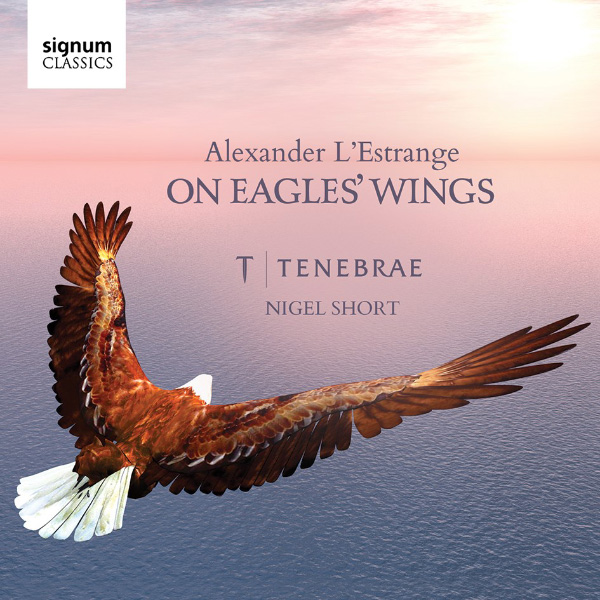 On Eagles’ Wings is a magnificent selection of sacred works by one of Britain’s most popular living choral composers, Alexander L’Estrange. Noted for the stylistic diversity and musical excellence of his compositions, L’Estrange has been billed as “the perfect 21st century musician” (Howard Goodall CBE).

Released by Signum Classics, the album is of great significance to both composer and conductor  Nigel Short helped launch L’Estrange’s choral career in 2002 by commissioning him to write a Christmas anthem for Tenebrae. This first anthem, Lute-book Lullaby, was to be L’Estrange’s first published choral work and its success resulted in countless commissions from festivals, schools and cathedral choirs, many of which feature on this album.

This is sacred music written to be used and Tenebrae make excellent advocates for it.

This is sacred music written to be used and Tenebrae make excellent advocates for it.

One gorgeous piece after another, in pristine, dew-fresh performances by the ever-wonderful choir Tenebrae. Alexander L’Estrange is a many-sided composer of prodigious gifts, and this is an album I will return to again and again; I recommend it warmly to all lovers of choral music.

“…with a rich, full-bottomed sound that finds the tragic mode in various prayers for peace and the exceptional My Song Is Love Unknown.”

The breadth and power of Alexander L’Estrange’s music is presented with incredible conviction by Tenebrae. There are echoes of the cathedral tradition inflected and refreshed with other elements.

The choir masterfully interprets all the works to perfection and gains power and warmth from one piece to the next, offering to its listeners deep bass sounds as well as the brilliant homogeneity of voices…

Alexander L’Estrange’s music is both approachable and highly popular and, at the same time, beautifully crafted and full of integrity 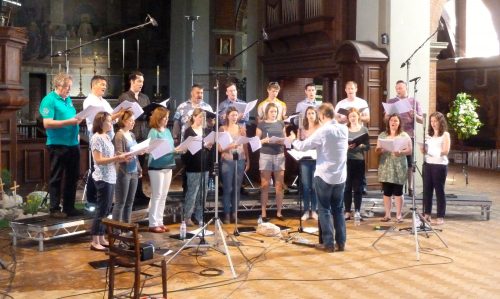 Further to Tenebrae winning the BBC Music Magazine choral award for the choir’s recording of Brahms and Bruckner Motets, the album has re-entered the Specialist Classical Music Charts alongside two other recently released albums, both of which feature music... continued