Day 1: We have arrived in sunny Switzerland, a country this choir loves to visit. With its beautiful mountains and tall trees it makes for one of the nicest views from a tour bus. The people here in Liestal have been exceedingly generous in providing a friendly welcome and bountiful refreshments. Shout out to the festival organiser who upon hearing that we like a particular chocolate bar (well, when in Switzerland), went out to the shop to buy every singer a bar each! The church is a treat to sing in and the town has so much character, I wish we were here longer. But then it’s back on the tour bus with a celebratory drink before flying to Berlin and then on to Leipzig tomorrow! That is, not before we have sung a concert. Poulenc, Victoria, Padilla and Macmillan to come. What a pleasure… 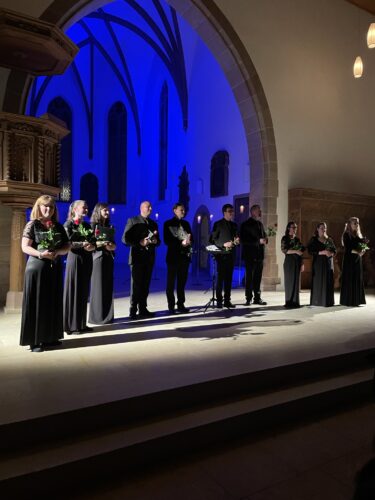 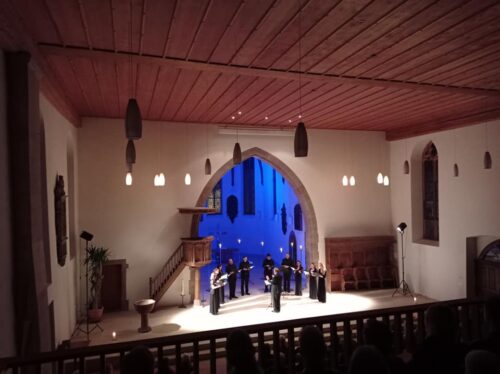 Wow, what a tour! After our concert in Stadtkirche Liestal, we attended a drinks reception with the finest cheeseboard you’ve ever seen. We were generously gifted with roses and chocolate before we boarded our coach, itself a plush model suitable for post-concert refreshment as mentioned previously. There was also time to discuss the table football antics during the interval. How Nigel beat me 10-8 I will never know. And Owain lost 1-0 in a game cut short due to injury time… 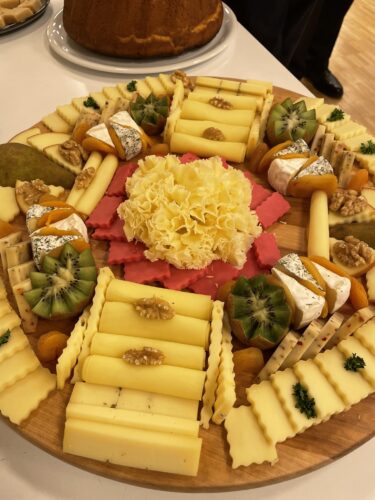 The post-concert cheese board!

Day 2: The next morning we boarded an early flight to Berlin, and then drove to Leipzig. The home of Bach, this city was utterly beautiful and the Thomaskirche a joy to sing in. 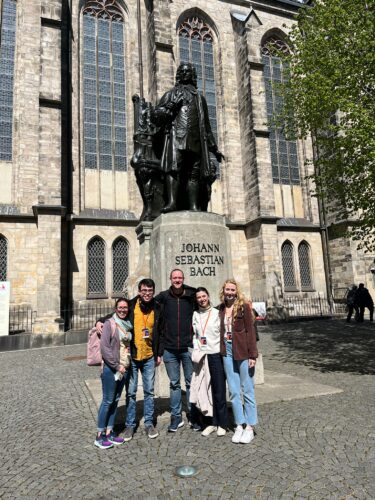 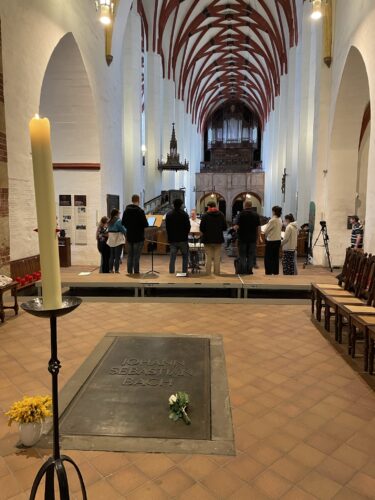 Amy, Owain, Tom, Anna and Rachel at the Bach statue in Leipzig, and the choir rehearsing in St. Thomaskirche, the church where he is buried.

After some well-deserved rest, we rehearsed and performed to an amazing audience, some of whom can’t have seen anything more than the light at the end of the church, but gave us a standing ovation and heart-felt applause. It is a privilege to be able to perform for people, and something I do not take for granted. 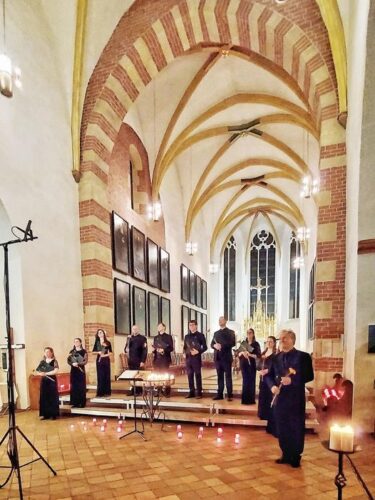 And the concert was live on radio and streamed, so that our supporters could watch from home! 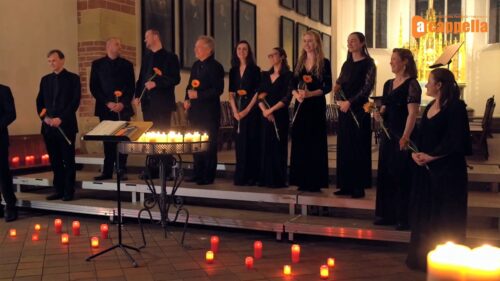 Tenebrae’s concert stream from Leipzig is now available to watch on demand until 14 May. Tickets available here

Day 3: Thank you to our hosts, who after the early flight party had got their airport lift, gave the remaining team dinner. Berlin to Heathrow travelled, and here concludes a most successful and enjoyable little tour. Four cities, three days and two concerts – can’t wait for the next one!