I’m going with the Gretchaninov Now the Powers of Heaven – first track of Russian Treasures CD.  The Russian Treasures album launch at St James’ Spanish Place was my first Tenebrae gig back in early 2015, and it still sends shivers down my spine from the very first chord.  I think it’s a track that encompasses the entire Tenebrae experience for me – incredibly beautiful music, a huge range, both dynamically and in terms of drama and as a singer, it’s one that just grabs you by the guts emotionally every time.

I actually made a whole Spotify playlist for the current times the other day of my favourite things to make me smile and lift spirits.

Otherwise, I’m going to have to say that for right now, a daily dose of Tom Lehrer Poisoning Pigeons in the Park is absolutely what the doctor ordered.  Even on the bleakest of days, it’s a track that has the ability, if played enough times, to lighten everything and bring me back to a happy place. 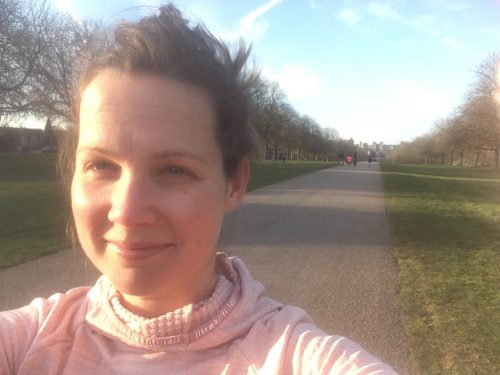 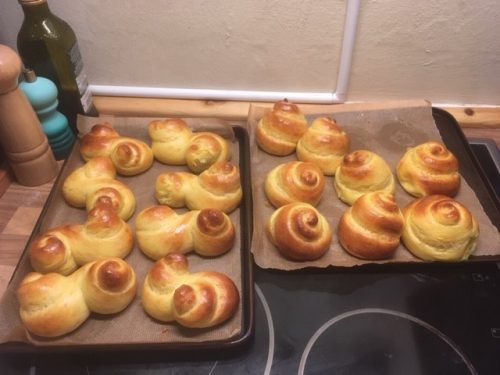 Otherwise, Hannah has been out for some air in Windsor Great Park and baking un-seasonal saffron buns (traditionally made for Sankta Lucia day in Sweden in December).