Call me basic, but a stand-out track for me is Golovanov’s Oche Nash setting from the Russian Treasures disc. So much of that disc way back in 2014 introduced me to new material – including a few of Golovanov’s – and with it an expanded palette of choral music as a genre, which I think typifies Tenebrae’s sound. Everything on this disc captures that ethereal, lustrous quality of the Orthodox Russian tradition (and nothing gets the breath quickening like a Tenebrae Low Rumble TM) [see ‘basic’]. And this track in particular masterfully casts that immense depth of sound alongside the sort of deft tonal shifts and delicate suspended clusters that would make Whitacre blush.

Spending the lock-down back home in Pontypridd, I’ve been cracking on with my writing – most recently setting song cycles of William Blake and of John Betjeman. If one has time to kill, there’s nothing quite like delving into the eternally mind-bending rabbit hole that is Blake – my favourite is his collection of Songs of Innocence and Experience. Othertimes I have, like any other sentient being, been obsessing over the new The 1975 album, and I urge everyone on reading this to stop what they’re doing and listen to If You’re Too Shy (Let Me Know) on repeat whilst demolishing a bag of Lidl vegetable crisps.

But the best thing about lock-down has been spending time with my little nephew Lysander (AKA ‘Larry’) – or, as one checkout lady commented: “Lasagne sounds like a foreign name.” 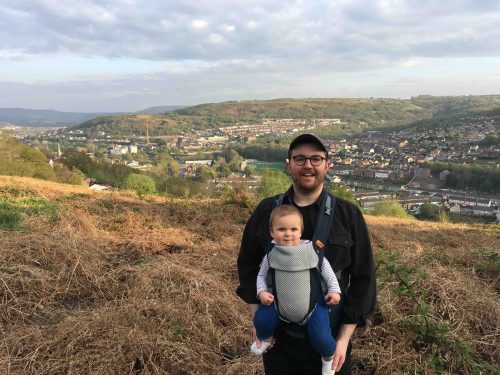