36,000 feet up in the air and somewhere over the Hudson Bay, we are on our way home. We have turned back from the furthest point on the tour (122° W and thus a third of the way around the globe) after the last gig of the trip in Ashland, Oregon at the University of South Oregon. It was another packed and very enthusiastic house – a couple of choral geeks I know drove for four hours from Portland at the other end of the state to hear Path of Miracles – they were blown away. That is what this amazing piece does.

The flight to Ashland had been a pretty one, hosted by a chatty team on the flight deck. Advice to keep a look out for Mount Shasha was heeded – picture attached. Once on the ground it became clear that this is a very lovely part of the world indeed; as is so often the case in the States, nature itself seems to be on such a huge scale. The sky seems vast, and the horizon equally so. It’s impressive indeed. 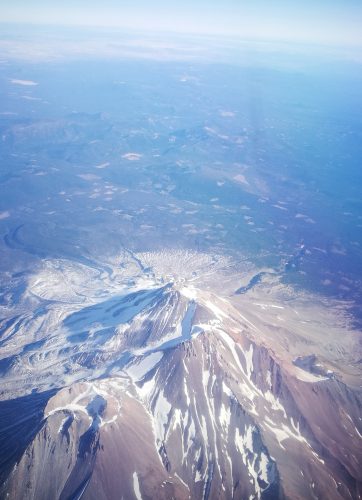 Into a workshop with the students’ choir of the University and their conductor Paul French. Another good choir, who seemed to latch on instantly to what Nigel had to say, and who will surely bring some of what they discovered into their daily technique, which is, for us, a very satisfying legacy to leave. The free evening left everyone to diversify for food and drink – Ashland seems renowned for its restaurants – and all reports seemed good.

Friday morning saw an expedition for some to the nearby Grizzly Peak. More big nature, with stunning panoramas. Others took it easy around the pretty town and investigated the attractive retail options for gifts to take home.

Then the last brief rehearsal and the last show, followed by a fabulous party at Joby Talbot’s home just a few minutes up the hill from the concert venue. Additional unexpected excitement appeared in the form of a bear spotted on the return to the hotel – alas I missed it. 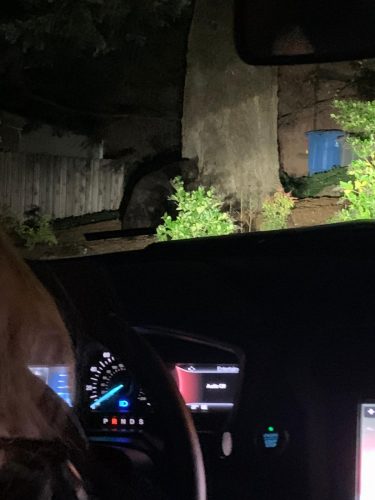 Two weeks, ten gigs, twelve flights, 14,100 miles in the air, three long bus journeys, not much short of a thousand miles on the road – this has been a long odyssey. The first gig in Athens, Georgia seems an aeon ago, yet tomorrow the bubble will burst on this tight ship and we will all be setting about different things in different places. Friendships have been formed, strengthened and cemented on this trip and certainly events on it will be remembered and laughed about for some time.

Huge thanks are due to Nigel for bringing us all together musically on this terrific voyage, and also to the team of Alex, Esther and Christie for their monster achievement of bringing it together logistically – I for one can’t begin to imagine the complexity of the organising something like this. There is much to celebrate. 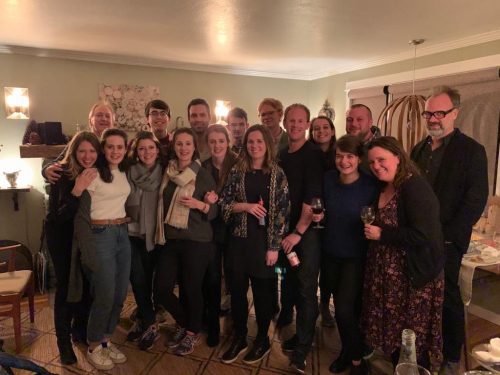 However, we return to London having just picked up the sad news of the passing of Sir Stephen Cleobury. Not everyone in this group knew Stephen, but some of us were privileged to work closely with him, and to consider him a close friend. Although they might not realise it, everyone here was influenced by him, such is the extraordinary influence that he had into every corner of the choral world. His meticulous attention to detail and ruthless passion for excellence are significantly evident everywhere in today’s standards of choral music making. As we drift away from this wonderful tour I know we will think about that.