Day 5 and, for most, the first and last rest day of the tour. Six plucky Tenebrae members (former and current Associate Artists + Jimmy) would give a workshop at the University of Maryland in the afternoon but more on that later! First came the chance to catch up on sleep – this was the only day on our tour with neither travel nor concert so lazy mornings were on the cards. Some chose to tackle their mounting laundry problem, with the most drastic tactic employed by Jimmy who sent his clothes on a steamboat back to England. Tom ended up with Katie’s knickers and, 48 hours on, still has them in his possession. Beth spearheaded a breakfast outing to the International House of Pancakes where I think James spent the rest of the day.

We were about half an hour’s drive from Washington DC so many of us headed in around midday to see the sights. Please enjoy this excellent photo taken by our General Manager at the Washington Monument. 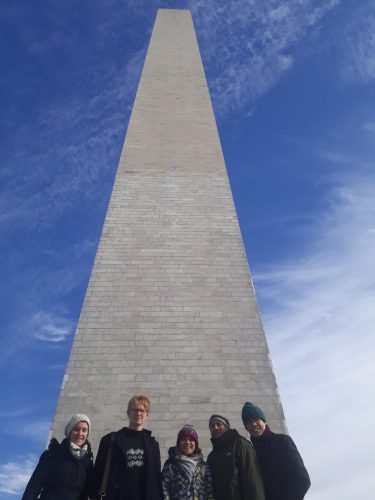 Alex and I were determined to visit the new National Museum of African-American History & Culture, which came highly recommended by Christie. We only had an hour but managed to have a good go at it. It was a wonderful space with well presented, hard-hitting exhibits. We wished we’d had about six hours!

Then came the workshop, and the opportunity to hear Brahms’ ‘Fünf Gesänge’ op. 104 sung beautifully by singers from the University of Maryland. They were incredibly responsive, swiftly picking up Nigel’s advice on listening for the breath and Beth’s comments on German pronunciation. Nigel even got a chance to demonstrate his ‘shopping trolley’ routine, which, as he gets more and more excited, involves picking up the conductor’s stand and running at the choir. They responded very well to this too… It was lovely to talk to lots of the singers afterwards and answer some rather sincere, searching questions! 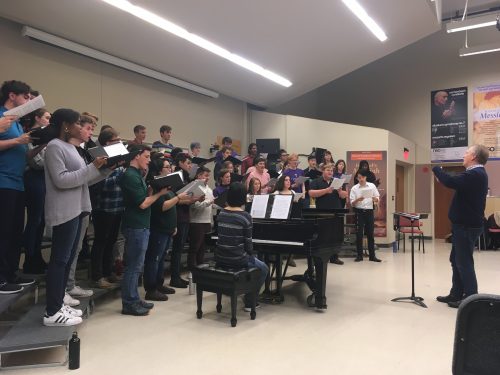 Some of the workshop team then headed to a bar-cum-board-game establishment, where I gather a Shakespearean variant of Cards against Humanity – Bards against Humanity – was played. Meanwhile, I was given a day travel card by a passing stranger so took the metro train back into DC. I had a look at the White House but Trump seems to be renovating his fence and I couldn’t see much. It was very cold so I walked on to Georgetown to meet Tom and Andrew. His heart yearning for authenticity in a large and confusing city, Andrew had done some extensive research on dive bars in the area. He took us along an empty canal to what was indisputably (!) the oldest bar in Washington DC. Andrew gave his verdict thus: “Honest and old. The kind of place a man can come and get drunk without having to pretend he’s something he’s not.” Others had taken a sunset trip to the Jefferson memorial. Here is a lovely photo from James once he’d left IHOP. 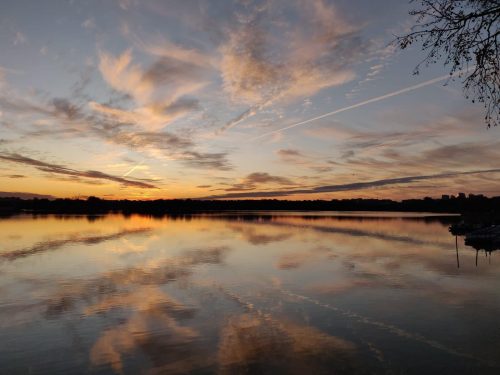 Day 6 and we’re off to Chicago! Just a two-hour flight this time. Nick was thrilled to be in the airport where they filmed Die Hard 2. It’s safe to say he’s going to see a lot of the place as we keep returning to it over the next few days… Andrew ate some chicken in a can. See below. 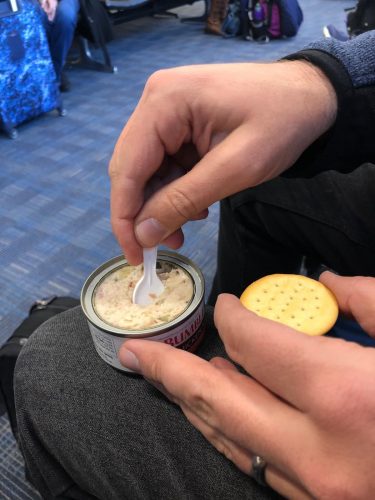 When we arrived in Chicago, a small group of us headed to the Woodlawn Tap for some… American food. If you’re ever in the Hyde Park area of Chicago we highly recommend this establishment.

That evening we were back on the concert stage for another performance of Joby Talbot’s Path of Miracles and Owain Park’s Footsteps in the enormous Rockefeller Memorial Chapel. We were joined for Footsteps by the Hyde Park Chicago Children’s Choir, the youngest group we’ll sing with this tour. They sang in a fantastically punchy fashion which we all enjoyed hugely! By sheer coincidence, Joby Talbot was in town and was able to come to the concert. He was reportedly delighted with the performance! Yet another standing ovation from the audience suggested they were too. Path of Miracles really is one of those pieces that gives you the feeling that you’ve put on a show, as well as a memorable sonic experience. It always helps to be in such a dramatic space too, especially in the moving final section where we go off wandering down the building…

A few of us couldn’t resist a post-match return trip to the Woodlawn Tap for celebratory cheeseburgers, hot dogs and basketball on the TV. ‘Culture sampling’, according to Tom. It’s the American way. 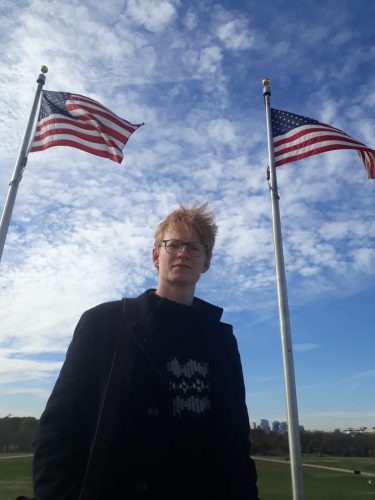