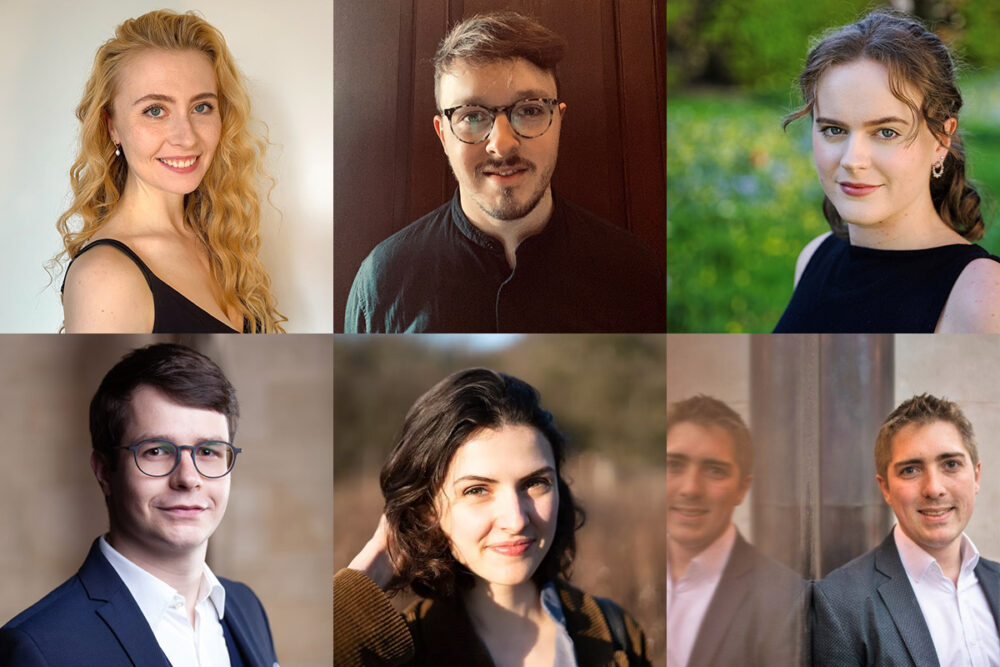 We’re delighted to introduce our next group of Associate Artists for 2022-23! These outstanding singers will join Tenebrae in concerts, recordings and our Learning & Connection programmes throughout the upcoming season. Find out more about their programme and how you can support them. 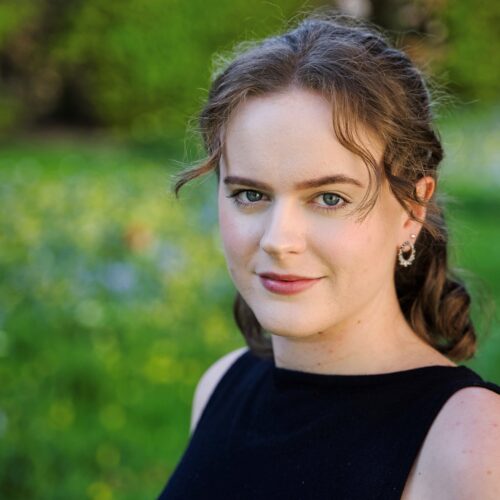 Born in South Wales, Áine began singing with the Nidus Children’s Choir, based in Cwmbran. With this group, she performed a number of times at the Llangollen International Eisteddfod, and in 2015, competed in the World Choir Games in Riga, Latvia, winning a silver medal. Áine read Music at Merton College Oxford, graduating in 2021 with a first-class degree. She is currently studying for a postgraduate MSt in Musicology, where her research broadly concerns the musical body. Áine has held a choral scholarship with the Merton College Choir. She also sings with the Magdalen College Consort of Voices, and regularly performs with student-led ensembles, such as the Delius Singers and the Selene Consort. As a soloist, Áine began performing with New Chamber Opera as an undergraduate, singing Haydn’s La Vera Costanza in 2020. Áine has performed as a soloist on several occasions with violinist Rachel Podger in the Brecon Baroque Festival.

Áine is a keen ambassador for access into higher education, and works through various platforms as a mentor for students from state-educated backgrounds aspiring to study Music at university. She is particularly eager to work in Tenebrae’s education programmes to facilitate broader access into choral music and beyond. 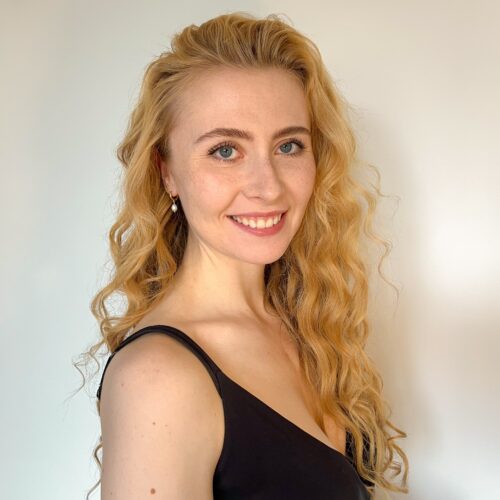 Rachel is a Soprano from Lancashire. She received her musical tuition at the Royal Northern College of Music Junior Department before going on to read English at Sidney Sussex College, Cambridge where she was also an Organ Scholar and sang with the University Chamber Choir. After graduating, Rachel was the Graduate Assistant Organist at Sidney Sussex from 2015-2016 and then sang with the Choir of Clare College the following year, when she took up the position of Choir Administrator.

Rachel joined St Martin-in-the-Fields in September 2019 as a choral scholar and was then appointed a Fellowship with St Martin’s Voices from 2020 to 2021. She was also a choral scholar at St Saviour’s Church, Pimlico. She now enjoys a busy performing, touring and recording schedule with groups such as Tenebrae, the BBC Singers, Alamire and Ex Cathedra. Alongside singing, Rachel is a Visiting Music Teacher of Organ, Piano and Singing at The Leys School in Cambridge and also works as a freelance organist and accompanist. 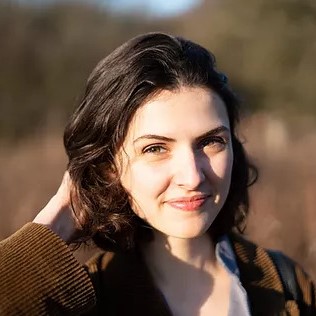 Anna Semple is a mezzo-soprano and composer based in London. Having finished her Masters in Composition at Guildhall School of Music and Drama in 2021, she currently freelances alongside her position in the choir of All Saints, Margaret Street, and as a Teacher-Singer with Pimlico Musical Foundation, where she also teaches violin and music theory. Anna sings for a number of concert groups including Tenebrae, Ex Cathedra, SANSARA and The Carice Singers, and is an alumna of Genesis 16 and the Choir of Jesus College, Cambridge.

As a composer, recent commissions include works for the Royal Opera House, Waterperry Opera Festival, The Sixteen, The Marian Consort, and Wells Cathedral. Alongside her collaborator, Emily Collinson, Anna is one half of Sol Pont – a multi-disciplinary arts company exploring collaboration and improvisation within a variety of creative contexts. 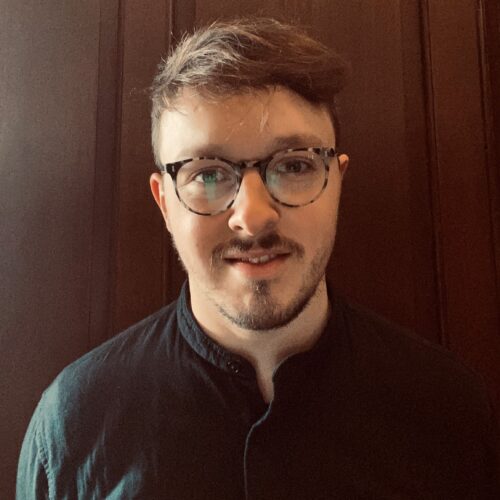 Jack started singing at Birkenhead School on the Wirral in the school chapel choir. He then read Biochemistry at Oxford University, where he sang as a choral scholar in the Exeter College Chapel Choir. After graduating, Jack enjoyed 2 years as a lay clerk in the choir of Magdalen College, before taking the plunge in 2018 moving to London to pursue work as a freelance musician. Since then, Jack has sung for many of the prominent church choirs across London, singing regularly at the Temple Church, St. Paul’s Cathedral and Westminster Cathedral.

He also enjoys working with ensembles such as Ex Cathedra, Siglo de Oro and The Carice Singers, amongst other project-based work. Outside of singing, Jack is passionate about the coffee industry, having worked for Old Spike Roastery in Peckham. As well as singing and coffee, Jack enjoys golf, tennis and is working through the entirety of the Dishoom cookbook. 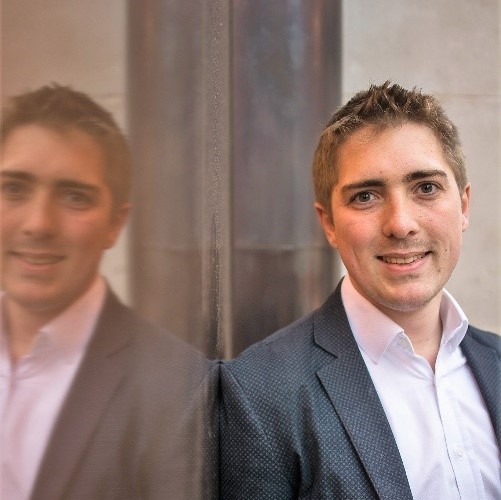 Joseph Edwards is a baritone whose career as a soloist and consort singer has taken him to stages across the world. He studied at the Royal Academy of Music, where he graduated with distinction and was awarded the highest graduate honours (dipRAM) for outstanding performance. He now sings with professional groups across the UK. Joseph began singing as a chorister at St George’s Chapel, Windsor Castle, and sang for numerous Royal occasions, including the wedding of Prince Charles and Camilla Parker Bowles.

Joseph’s performance highlights include his debut recital at Wigmore Hall in 2016, concerts at The Royal Albert Hall, Carnegie Hall and Philharmonie de Paris, Radio 3 In Tune broadcasts with Sansara and Tenebrae, Orpheo and Euridice with Classical Opera, a European premier of a Brazilian radio opera, A Noiva do Condutor, and film soundtrack recordings at Abbey Road Studios. He has also worked in music production for TV shows including the X Factor Live Shows and Made in Chelsea. Joseph and recently moved to Guernsey and is the Festival Director of the Guernsey Choral Festival. 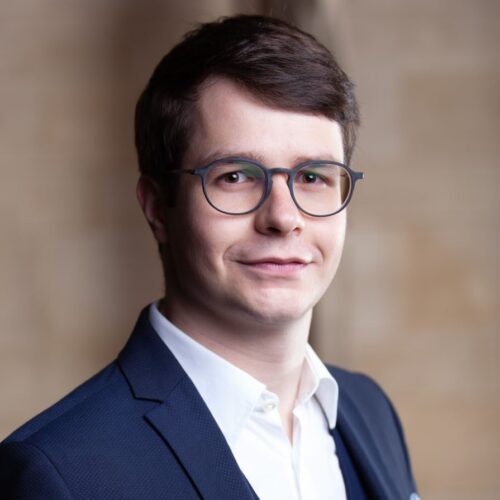 Florian began singing in the music scene around Trier Cathedral (Germany) and took lessons at the Heidelberg Conservatoire for Church Music during his Physics undergraduate there. Inspired by the British choral tradition, he completed his scientific studies at Oxford and Cambridge, where he sang in the Choir of Trinity College. He has since performed with the choirs of New College and Christ Church Cathedral as well as London-based ensembles such as Polyphony.

Having found his calling in vocal music, Florian now studies for an MA at the Royal Academy of Music, working with Raymond Connell and Alex Ashworth. A 2019-21 Oxford Bach Soloists scholar, Florian regularly appears in productions of Bach’s passions and cantatas. Besides this, he is a graduate of the Sir Arthur Bliss Lieder Scheme. Songs by Gustav and Alma Mahler occupy a special place in his repertoire, with noted performances both on the recital stage and alongside Oxford Alternative Orchestra. Masterclasses with Roderick Williams, David Butt Philip and Dame Emma Kirkby have provided him with valuable musical insights. Alongside singing, Florian is a keen conductor, working with vocal ensembles on both sides of the English Channel. He enjoys cycling & winter sports and has a soft spot for Formula One racing.