After a long flight to Tampa we drove from the airport to our hotel in Orlando – usually this wouldn’t warrant a mention in the blog, but as we were driving we were treated to views of spectacular fireworks from the happiest place on earth – a nice way to start our time in the US! In an attempt to thwart the jet lag some of us then headed to a Texas Steakhouse to keep ourselves awake. Several ounces of steak heavier (or in my case, a house salad that was mostly cheese) we headed to bed to get some rest before our first full day.

Rising early, many of us took advantage of the hotel’s outdoor pool and the lovely Florida weather, waving at a few of the choir’s diligent runners as they sped past us. What followed can only be described as an unholy amount of pancakes provided by 2 different breakfast establishments. Whilst one group headed over the road to IHOP, myself and a few others braved the 30 degree Florida humidity to find Keke’s breakfast cafe – well worth the sweaty journey for excellent omelettes, home fries and pancakes, as well as some sweet sweet air con. 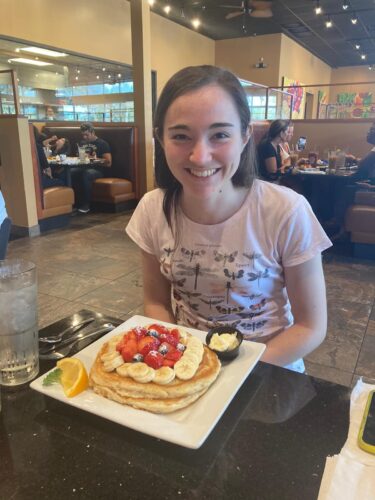 Whilst we battled breakfast, Joey and Jack instigated the inaugural Tenebrae Alligator Invitational Pro-Am at Timacuan Golf and Country Club. 9 holes around the beautiful lake area, and any potential gator attacks staved off by the sheer number of balls that ended up in the water. 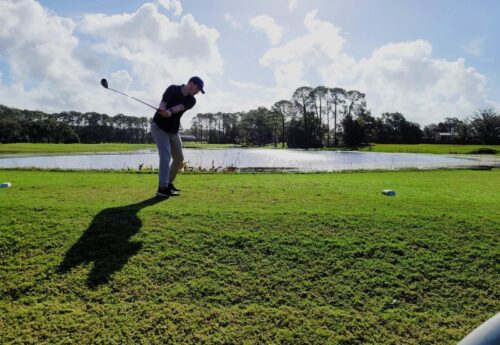 Our first concert of the tour was at Saint Andrew’s Chapel, given in celebration of the church’s 25th anniversary. It was a beautiful setting to perform in and we were very well looked after by Todd and co. As Nigel isn’t with us on this tour (we miss you Nidge!) we were conducted by longtime Tenebrae member and all round fantastic musician Gabriel Crouch. It’s no small feat to step in to such a role but with Gabs’ experienced hands on the wheel the ship sailed steady and we all had a really enjoyable gig. I have to shout out to Pat and Tony, who met my grandparents on a cruise and came out to the concert on their 39th anniversary – congratulations and lovely to meet you!

As our concert was an afternoon gig, we headed for dinner at Miller’s Ale house. The beer fans amongst us had a lovely time choosing their poison from a wide selection of craft ales. The whole bar was designed to entertain, with screens around the room showing alternating footage of American football and Very Cute Animals, with pool tables to boot. All in all, an excellent first day and a lovely time in Florida – now on to New Jersey and Princeton! 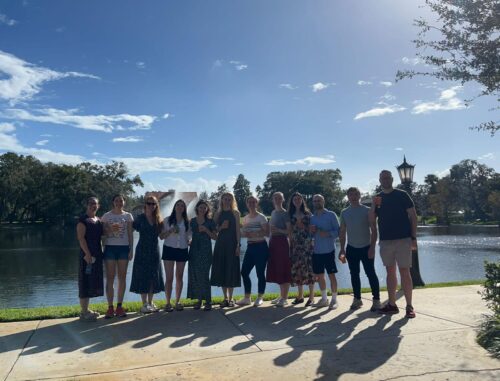