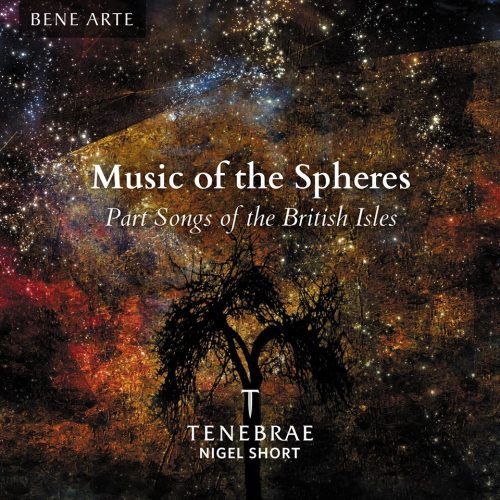 Tenebrae’s recording, Music of the Spheres, has received a Grammy nomination in the category of ‘Best Choral Performance’. This album, released on Tenebrae’s own label Bene Arte (an imprint on Signum Records), brings you the glories of part song ranging from exquisite miniatures about the natural world and human experience to complex masterpieces marrying text and song.

Shakespeare, Shelley, Byron, Tennyson and Milton are the inspiration of renowned composers such as Vaughan Williams, Elgar, Holst and others. As with other Bene Arte releases, Tenebrae aims to marry well-known works alongside less-familiar repertoire and music by living composers. This disc also features Bob Chilcott’s ‘The Modern Man I Sing’ and Judith Bingham’s evocative ‘The Drowned Lovers’ (featuring Martha McLorinan as the soloist) which you can listen to here:

“This really is a definitive performance of my piece…it totally captures the watery, morbid, sensual feel of it, it’s exactly as I would want it to be.” – Judith Bingham