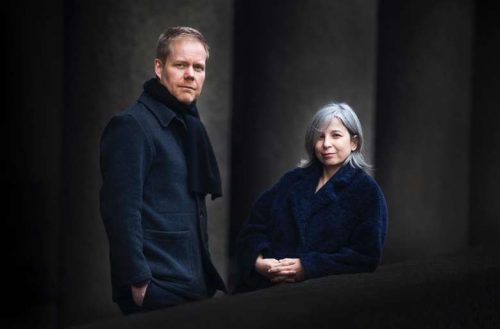 Including passages adapted from the 1948 Universal Declaration of Human Rights, Voices is inspired by the document’s opening statement, “All human beings are born free and equal in dignity and rights”, which provides the starting point for a musical reflection on the state of the world today.

A decade in the making, the piece received its world premiere in London in February – weeks before the pandemic brought then unthinkable changes to our daily lives. Its uplifting message of community particularly resonates as the world faces further months of uncertainty. It is here presented in a new version for 24-piece ensemble including strings, choir, electronics, solo soprano and narrator.

35 EBU-associated radio stations around the world, including BBC Radio 3 and European Broadcasting Union, join this unique broadcast of Voices providing listeners across the globe with a renewed moment of hope and a message of peace, marking human rights day in unprecedented times. Recorded on Friday 4 December at BBC Maida Vale studios – in strict compliance with all relevant health and safety guidelines, the broadcast of Voices features violinist Viktoria Mullova as soloist, soprano Grace Davidson, members of Tenebrae, the Max Richter ensemble – with Richter himself on keyboards and electronics – and British actor Sheila Atim as the narrator.