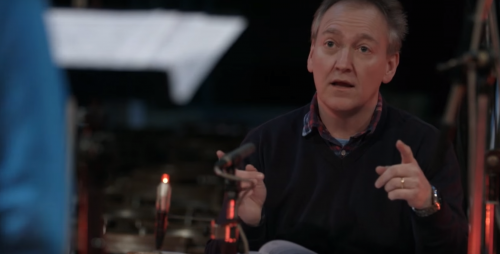 Classically trained boy soprano Aksel Rykkvin recorded his first solo album with Signum Records in early January, accompanied by the Orchestra of the Age of Enlightenment and under the baton of Tenebrae Artistic Director, Nigel Short. Captured in St. Augustine’s Church in Kilburn, the disc will feature a selection of baroque and classical arias and will showcase the twelve-year-old’s exceptional vocal skill and musicality.

Nigel thoroughly enjoyed working with Aksel, who, although only twelve, had remarkable stamina and stylistic flare. Nigel’s wealth of choral and vocal experience made him the perfect choice to guide Aksel through his first solo recording.