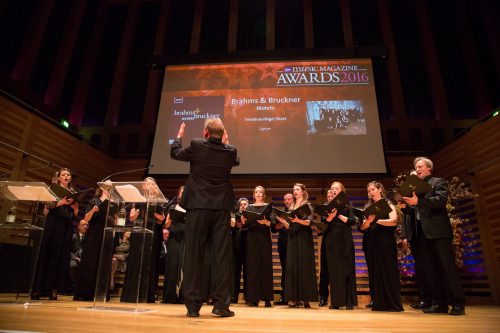 We are thrilled to announce that we have won the BBC Music Magazine Choral Award 2016 for our recording of Brahms and Bruckner motets in aid of Macmillan Cancer Research! We are delighted to have won this coveted prize for the second time, having previously received the award for our recording of Victoria Requiem Mass, 1605.  Thank you to everyone who voted, we are incredibly grateful for your support, make sure you watch the video below for a special thank you from the choir’s biggest supporter!