Rehearsing: On Saturday we assembled in London in 33-degree heat to run through the music for our 20th anniversary summer tour to France and Germany. Over the course of the next eight days we will be visiting the French Alps, Rocamadour in the Dordogne Valley, the Loire, and Rheingau in Germany. We are bringing a wide range of repertoire from four of our programmes, and so this rehearsal day was accompanied with feelings of both excitement and apprehension as we tackled the mammoth task of preparing approximately six hours of music.

Day 1: Sunday morning arrived and our travels commenced more smoothly than we could have hoped for. We had an early wake up call to get to Heathrow Terminal 2 for the 8.55am flight to Geneva, also trying to beat the airport queues which have wreaked havoc on British holiday makers and travellers this summer. We landed to the beautiful sight of a drizzly grey sky and misty mountains. Given the drought which much of Europe has been experiencing over the last few months it was a huge relief to arrive in cooler, rainy weather and we learned that there had been a huge thunderstorm the previous evening which is only now just beginning to arrive in the UK. Several us wonder if we might have been a bit over-enthusiastic in packing a case of summer clothes and sandals. Hopefully the novelty of precipitation will be enough to get me through this tour? 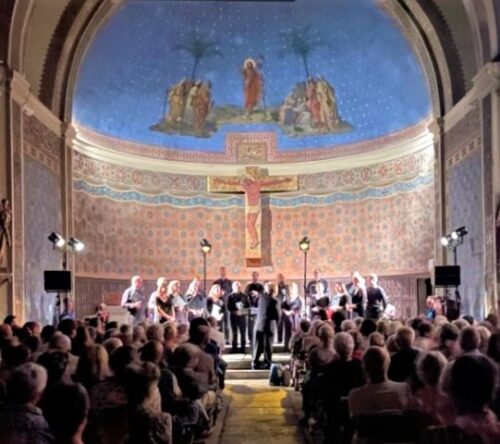 Tenebrae singing in the Alps

Our first venue is L’Eglise du Chatelard, nestled in the French Alps, where we have the privilege of closing the Festival Musique & Nature en Bauges. The church itself is an unassuming building looking out over lush greenery and the mountains, but once we stepped inside we realised that this was going to be an exciting venue to perform in. With only a few narrow windows the space was gloomy and atmospheric, and the half dome over the East End contributed to rich ringing acoustics. While we rehearsed the Hymn of Heavenly Beauty programme, featuring music by Tallis, Tavener and Holst, we discovered that the reverb in the church lasted well over 4 seconds and we looked forward to having an audience to absorb some of that sound later in the evening. We were thrilled that the church was packed with a 400-person strong audience, many of whom had travelled across the Savoie region to hear us.

Day 2: On Monday we had a much-needed morning off in Chambery before beginning our 6.5hour coach journey to Rocamadour. The journey is an opportunity for us to catch up on sleep, admin and to admire the beautiful landscape of France, with nuggets of commentary from our friendly driver, Greg. The Basilique Saint Sauveur, where we perform our Queen of Heaven programme, is the venue which I’ve been most excited about. Rocamadour (rock of the lover) is a medieval village carved out of the side of a cliff, an astonishing 150m above the Alzou valley. 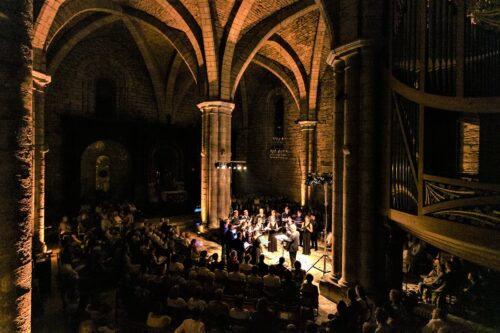 Despite having seen photos, I was not prepared for the sheer magnificence and charm of this place, the final descent to the church we made via funicular. The local saying is that in Rocamadour there are ‘houses on the river, churches on the houses, rocks on the churches, castles on the rock’ and historically this village became as stopping point on the important pilgrimage route – The Way of St James – leading to Santiago de Compostela. So, we are 21st century pilgrims as we continue our journey to Souillac to perform Joby Talbot’s Path of Miracles tomorrow. 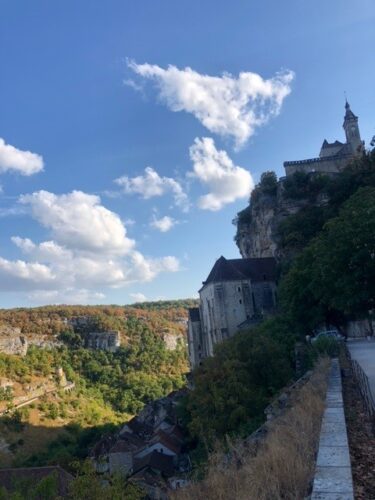 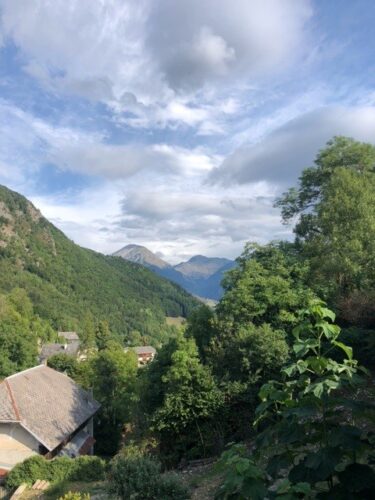 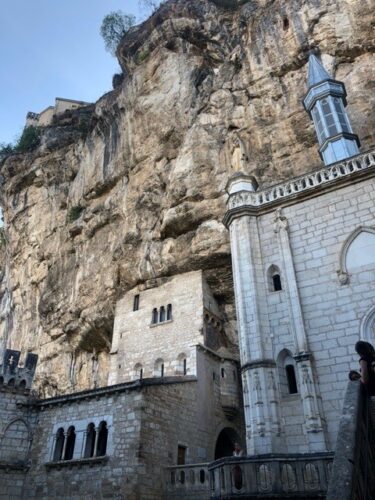