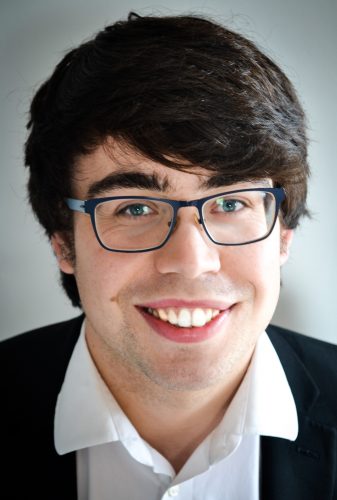 Having listened to and admired Tenebrae for many years, it was a delight and a privilege to be asked to compose a new piece to accompany the tour of Joby Talbot’s ‘Path of Miracles’. It has been a real treat to hear the participating choirs come together and perform ‘Footsteps’ across the country, beginning with the premiere in Hull and ending in Leatherhead, with performances in the USA planned for next year. A particular highlight for me were the performances in Exeter and Truro Cathedrals, especially singing Joby’s piece after listening intensively to the recording during the compositional process.

The year for the Associate Artists began with a residency at St John’s Leatherhead, culminating in a joint performance of ‘Footsteps’ and also joining them for Tavener’s ‘Mother of God, Here I Stand’. There were many works new to me in that programme, including ‘A Walk with Ivor Gurney’ by Judith Bingham, featuring a sublime solo performance from Martha McLorinan.

We’ve also had the opportunity to perform two behemoths of the repertoire, in starkly contrasting venues. I won’t forget rehearsing Bach’s ‘Mass in B minor’ with the Academy of Ancient Music in a working gallery at the British Museum, and straining to hear Nigel’s comments (something about the basses being ‘great’, or was it ‘late’…?) over the excited whispering of tourists who certainly weren’t expecting this live exhibition in the Ancient Greek room! When we got to the performance, we were quite amazed by the acoustic, which revealed itself after the final cry of ‘Kyrie eleison’ at the beginning of the work. Then, Handel’s ‘Messiah’ in Cadogan Hall, with a stellar line-up of soloists and regular grunts and nods of approval from the basses at the embellishments offered by Christopher Purves.

Christmas always throws up some interesting performances and events, and so far this year a particular highlight has been listening to Raymond Blanc’s hilarious readings in a very alternative structure of lessons and carols. How he then dashed to the kitchen and prepared some of the finest food I’ve tasted is beyond me, but it’s certainly piqued an interest to investigate more of the menu at the Quatre Saisons…

We were then off then to the Royal Festival Hall – it’s certainly not every day that one shares a stage with the London Philharmonic Orchestra, and their sheer class and brilliance was in full flow as they danced through John Rutter’s ‘Shepherd’s Pipe Carol’ and shimmered in his ‘What Sweeter Music’.

It’s certainly been a busy start to this year, but we’re all looking forward to recording with the Aurora Orchestra early in the new year and then getting back on the road for more performances at home and abroad!

Follow this link to find out more information regarding Tenebrae’s Associate Artists Scheme and how to support these young professional singers at the start of their careers.