Shortly after the Festival, we (Siglo de Oro) will be recording a disc of music that features the more-or-less unknown composer Matthias Werrecore. So I have built a programme around his large-scale setting of the Reproaches – Popule meus. The result is a collection of motets that takes the audience on a journey through Holy Week, from sorrow into joy.

I first encountered MacMillan’s music when I was a singing in the choir of Gloucester Cathedral before university, and I was blown away. In particular, I remember being part of a performance of his Seven Last Words that I found deeply moving. Up until that point I hadn’t realised contemporary music could be so emotionally direct.

Tenebrae and Britten Sinfonia will be performing MacMillan’s Seven Last Words from the Cross on Good Friday, 19 April 2019.

I was lucky enough to be a boy chorister at London’s Temple Church, not too far from St John’s Smith Square. This meant that I sung every week in an amazing medieval building, as part of a fantastic professional choir. It was an experience that has shaped my life since.

I would say the Palestrina Lamentations are a good place to start. I think the beauty and power of Palestrina’s music is immediately accessible, even if Renaissance polyphony is new to you.

Last year we released our second disc, the world premiere recording of Hieronymus Praetorius’ Missa Tulerunt Dominum meum. We were thrilled with the reception it received – BBC Music Magazine made it Choral and Song Recording of the Month in their May issue. It really felt like our hard work had been recognised, and that Hieronymus Praetorius’ music was getting the attention it deserved.

Alto or Countertenor? Both

Siglo de Oro are performing their programme of Italian Polyphony as part of the Holy Week Festival on Saturday 20 April, 1.05pm at St John’s Smith Square. 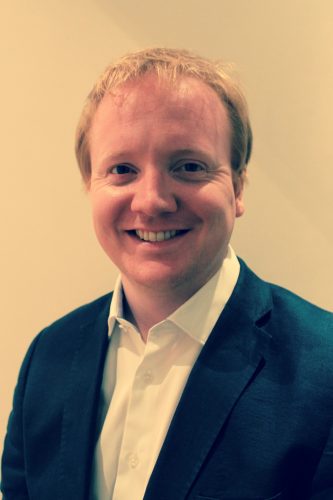