What a fabulous surprise on Saturday morning to have a text from a dear old friend congratulating me on ‘Gracie doing you proud on Radio 3 just now…’. I had no idea what he was talking about and so enquired as to what he was referring to – or words to that effect! It turns out that none other than The Times critic Richard Morrison was in the middle of presenting the Building-a-library segment of Radio 3’s CD Review show.

Another message arrived, soon followed  by a phone call from one of our singers who has been with us since Day 1 back in 2001 and is now also one of our top producers, Adrian Peacock, who told me exactly what was going on. Adrian informed me that Mr Morrison had just announced that his first choice recording of Gabriel Fauré’s Requiem was the one made by Tenebrae and the LSO. To say I was thrilled is something of an understatement! I listened to the whole programme and was so absorbed in the comparisons being made that I almost forgot that I already knew the end result! When the final choice was made I uttered a terrible noise that would be more at home on the terraces of Twickenham, the home of English Rugby Union! 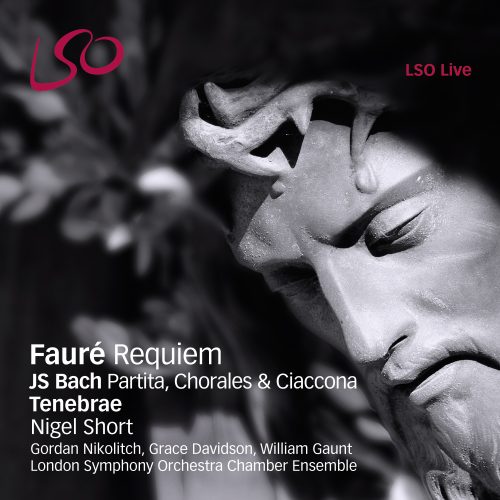 Suffice to say I am delighted and won’t waste a moment in thanking not only all those who took part as performers – who were, as always, truly world-class in terms of their musicianship and professional attitude in what was a very tense ‘live’ recording situation – but also those who were involved behind the scenes: our manager Aoife Daly, the LSO manager Kathryn McDowell and the then Director of City of London Festival, Ian Ritchie. There were others who were incredibly generous in giving financial support, without which the project could never have gone ahead, and to whom my heartfelt thanks are extended again. They know who they are but would probably prefer to remain anonymous! We are thrilled to be performing this spectacular programme as part of our 2016-17 season on Wednesday 12th April, and we hope to see you there!

Tenebrae performing as part of the Paris Mezzo Festival

Two fantastic and very hot days in Paris saw us give a concert of French music covering almost a thousand years: Perotin and Brummel to Poulenc and Duruflé all in the stunning setting of Duruflé’s own church where he was organist for some 57 years (even longer than I’ve been alive!), the St Etienne du Mont. It has arguably the finest acoustic of any Parisian church and is of course the organ at which Duruflé composed his divine Requiem and other wonderful choral works. It was a strangely emotional feeling to be singing his music in his own church. Mention must be made of the incomparable baritone Steve Kennedy who delivered the stratospheric baritone solo in Messe Cum Jubilo. It would be plenty high enough for many tenors but Steve sailed through it all gloriously as if he could do it at any time of the day or night, for which he’d need very little encouragement! It was a privilege and a joy to welcome Matthew Martin back to accompany us for this concert. How he made the organ sound as if it was the easiest instrument in the world to play I just don’t know. Believe me, it’s a really awkward beast to manage but Matthew somehow managed all the technical idiosyncrasies on that console with such ease and grace that at times I forgot we were being accompanied. That’s a sign of a world class musician at work and I hope we will work with him again in the near future!

Next up was a memorable performance in Sainte Chappelle to an invited audience of distinguished VIPs which was televised by Arts TV channel Mezzo. The TV crew were fabulous, somehow not getting in the way of what we needed to do even though there was a phenomenal amount of gear in the venue. I look forward to one day watching it once I’ve managed to forget just how hot it was in there…several of the boys and myself probably didn’t look our most suave in what was 30c +! Natalie Clifton Griffith gave us a stunning display of how to sing top c’s – lots of them – sounding as if she could quite easily do the whole thing up a 4th or 5th! She has a very rare and beautiful gift in being able to deliver such high lines sounding not only effortless but then with shape and musicality as well. Some people have it all!

On the horizon now is a project I’ve been wanting to do for about 8 years – given the size of the orchestra needed it’s no wonder it’s taken so long to get everything in place and for it to make financial sense for us to do. We will begin recording various Psalm settings including the Chichester Psalms of Bernstein (for which I am delighted to welcome back as soloist an old friend and Tenebrae member, David Allsopp), Stravinsky’s awesome Symphony of Psalms, Zemlinsky’s Psalm 23 (if you don’t know this, you’re in for a treat when you hear it!) and to finish the disc off we will record Schoenberg’s beautiful short cantata Friede auf erden. The orchestra will be, by quite some margin, the largest I’ve ever had the privilege of conducting and so I’m incredibly excited but I will also confess to a degree of nervousness. Knowing their numerous recordings I just know they are going to be fantastic to work with and will sound amazing and inspire the choir to ever greater efforts in our quest to serve the music as well as we can: Passion and Precision will be required – in spades!

Just as we finished the month of May with a hugely enjoyable performance of our Brahms and Bruckner programme we will end July up at the Ryedale Festival in a concert in Ampleforth Abbey. It’s been over a year since we sang in the Dales and this visit back there can’t come soon enough.