Having had a wonderful break of 4 weeks over the summer with the family down in Devon, which actually ended up being even more exhausting than our usual mad routine at home, things seem to have taken off at the furious pace they left off at back in July!

So, we had another glorious trip up to Lammermuir for a performance of our Brahms and Bruckner programme. We were delighted to have Chris Glynn accompany us at the organ for this and look forward to working with him again for some more romantic treasures over the next year or so including at our Brahms and Bruckner Motets album launch in November (get your tickets here!). He managed to make one of the most baroque instruments imaginable sound convincing for the romantic repertoire we were singing – that’s a real skill so bravo Chris! 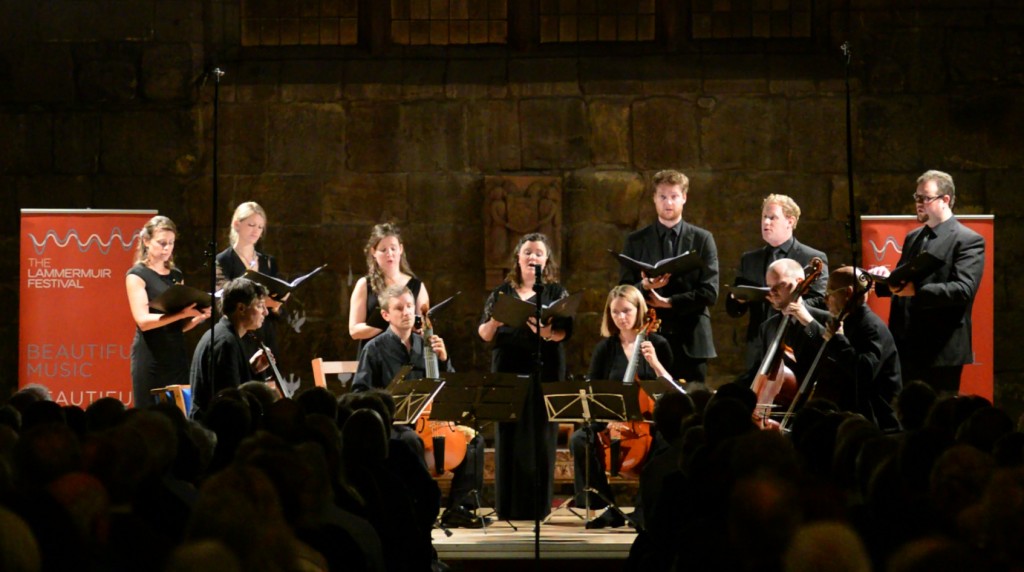 The second concert was with the awesome viol consort Phantasm and their artistic director Laurence Dreyfus in a programme of music by Orlando Gibbons. Two sell out audiences so things are clearly going brilliantly what with James Waters at the helm. Some rather lovely reviews too! We scaled down the team from 20 singers to just 8 so the two groups were evenly balanced in tone and weight and it was a pleasure to hear their playing which was truly exceptional and extremely beautiful. Definitely a group we would like to work with again! Happily we had no one rushed off to hospital this time around – last year tenor Nicholas Madden sang through excruciating pain and a terrible fever until he succumbed and almost collapsed. It turned out that he had cellulitis!! Soon after this we headed back up north to Hexham Abbey, another stunning venue and sold out performance, for more Russian Treasures. Hexham was one of the very first places Tenebrae sang back in the early years. Then off to the amazing school chapel of Christ’s Hospital for more Brahms and Bruckner where we were joined by the school Schola Cantorum who sang beautifully. Andrew Cleary is obviously doing great things there and all the children were wonderfully disciplined and focused for the two peices they sang alongside Tenebrae. We were also joined by the sensitive accompanying of organist Peter Dutton. Then a quick jaunt up north towards the West Midlands for a concert in another beautiful school chapel at Shrewsbury School. Our manager Henry Southern is an Old Salopian so he was particularly ‘at home’ in the glorious surroundings: a very different kind of school from the one I attended sooo many years ago! We were joined by the soprano Loren Kell for two pieces and she was outstanding, blending with our soprano line up and also showing off her sight reading skills as she sailed through some Rachmaninov without making a single mistake. Very classy. Doubtless a stellar choral scholar in the making. Oxbridge directors of music take note now!

We are very much looking forward to our USA tour at the end of October followed by the start of our London concert season. Hope to see many of you soon!