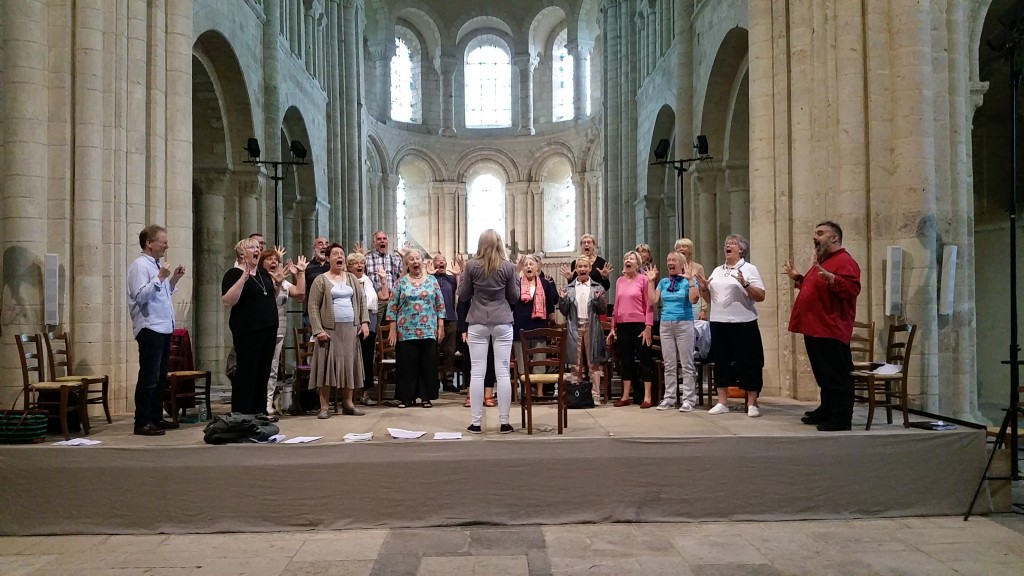 First, Thaxted. Repeating a programme from Douai Abbey as part of the Newbury Spring Festival in May, we were treated to a full church and a wonderfully warm and appreciative audience. Amongst others, we performed two astounding pieces by Gustav Holst in the second half, undoubtedly a high point in the concert, partly due to Holst’s close relationship with the church and village. In fact, the original festival, predecessor of today’s festival, was started by Holst himself back in 1916, so we have a lot to thank him for!

Following the quartet in the Allegri being accidentally amplified in Douai Abbey (see Nigel’s previous blog), we decided to perform an ‘unplugged’ version in Thaxted! Again, the quartet stunned us all as Emilia Morton soared up to those top C’s so effortlessly.

Unfortunately the weather didn’t play ball and there was a huge downpour just before the concert, just as we were all making our way to the church from our changing room, utterly soaking us all. However, nothing from the sky was enough to dampen our spirits or those of the audience and everyone left the church warm, happy and fulfilled.

The following month, we were treated to another great experience singing and also leading some workshops in the wonderful Abbey in Lessay, Normandy. The place has an incredible history and following almost complete destruction in 1944, was rebuilt respecting the original plans and therefore, in July, we found ourselves performing in a monument of the purest Norman Romanesque style – a breathtaking setting for some breathtaking music.

On the first day of the three day visit, Nigel, along with me and three other singers spent the morning working with a local choir. We spent an hour warming up with them and then moved onto tackling some repertoire, including Bruckner’s amazing ‘Locus Iste’. We were treated to a wonderful lunch and they were even thoughtful enough to provide the homesick Stephen Kennedy with a perfectly Great Britain shaped Steak (see photo). 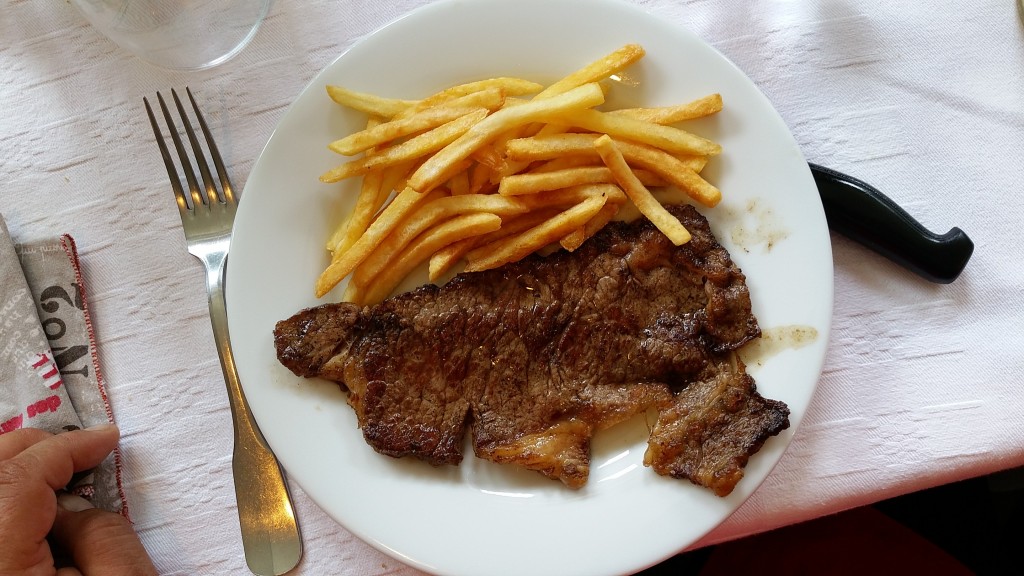 Following lunch, three of us spent an hour and a half workshopping with some ‘children’ (ages ranging from 6-25!). We worked on an arrangement of the well known negro spiritual ‘Wade in the Water’, which we then took into the Abbey, where we all performed a fabulous informal concert of all the music we had worked on that day. It was wonderful to work alongside these singers – every single one of them lovely – and to hear the results.

The next day, when the rest of Tenebrae had arrived, the choir from Lessay sang through ‘Locus Iste’ with us at the start of our rehearsal. The inimitable Adrian Peacock treated us all to an earth moving bottom C at the end, causing the ladies in front of him to swoon just a little (to be honest, it did it for me too!).

And so straight onto the concert, a Renaissance music first half – sublime in such a lovely acoustic – led neatly onto a second half of romantic choral greats, in Tenebrae’s programme ‘The Romantic Legacy of Renaissance Polyphony’. The second half was filled with Brahms, Bruckner and Reger, some of the most heart rending and powerful music anyone is likely to hear. I, for one, faced with the beauty and history of the abbey and the strength and power of the music that day, found it hard to control my emotions. It seemed to be well received, with a completely full Abbey and some lovely comments in the reception that the organisers kindly put on for us at the end.

The choir thoroughly enjoyed both festival performances and hope to be returning in the future. Our only hope is that next time, Thaxted could provide one of us with a France-shaped steak!