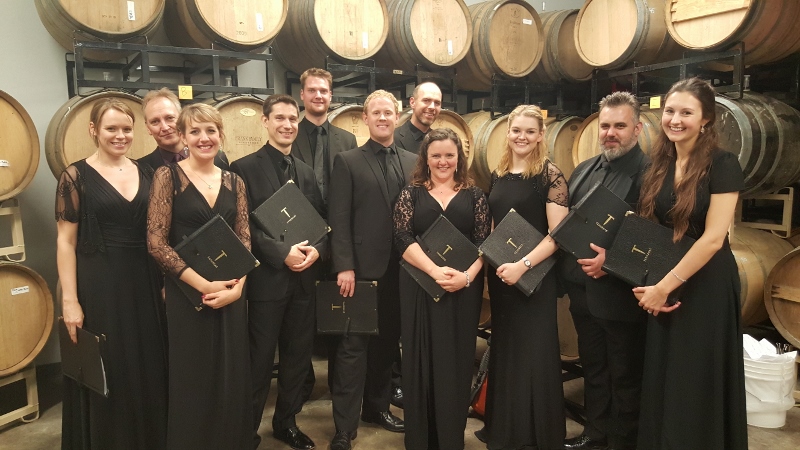 Rehearsing in a brewery for the Skylark Ensemble gala. Believe it or not, a Tenebrae first!

As I was checking in my luggage on the morning of day 4 of our USA tour I was asked where I was flying to. I didn’t know the answer. More worryingly, I had literally no idea where I was flying from. Such is the mental state of the hardened tourer following many hours of travelling and 3 rather excellent concerts across this enormous country. It turned out we were flying from Richmond VA to Atlanta GA, where we had not one but two concerts scheduled.

The first concert took place that afternoon at Spivey Hall; famous for its superior acoustics and considered to be one of the best performing arts venues in the world. As usual, we were greeted with wonderful American hospitality, provided with a good feed and directed to the beautiful and ornately decorated green room, which enabled us to munch our lunch whilst also pretending to be members of the French aristocracy. An excellent start. The hall itself did not disappoint either. Nigel had forewarned us of the incredible acoustics, and we found them to be exceptionally accommodating of the Tenebrae sound (although the very loud moments may have deafened a few people). The concert went without a hitch. A personal highlight was Brahms’ Fest und Gedenksprüche, which felt incredibly slick and full of soul. I may have welled up in the final ‘Amen’.

We were rewarded with a fabulous post-concert reception, but before we could get our paws on the wine, 10 singers including myself were whisked away to concert number two, subtitled “and now for something completely different”.

The second performance of the day took place in a very cool independent brewery (danger-zone where thirsty singers are concerned!) with the purpose of helping draw sponsorship to the Altanta-based professional vocal ensemble “Skylark Ensemble”. We performed about 30 mins worth of traditional English and close harmony arrangements, including my favourite Swingle Singers “Blackbird”, to a highly attentive and appreciative audience. Nigel was on fine Kings Singer form, and we even treated to his very own dulcet tones in a particularly fun arrangement of The Beatles “When I’m Sixty-four”. We finished up, devoured some well-earned beer, and chatted to the members of Skylark before heading off to a communal supper of traditional American cuisine; burgers and more beer. Although we were all exhausted the evening (indeed the whole day) had been a really special and enjoyable occasion, and now at the halfway point of the tour we could let our hair down in anticipation of a DAY OFF! Hurrah! 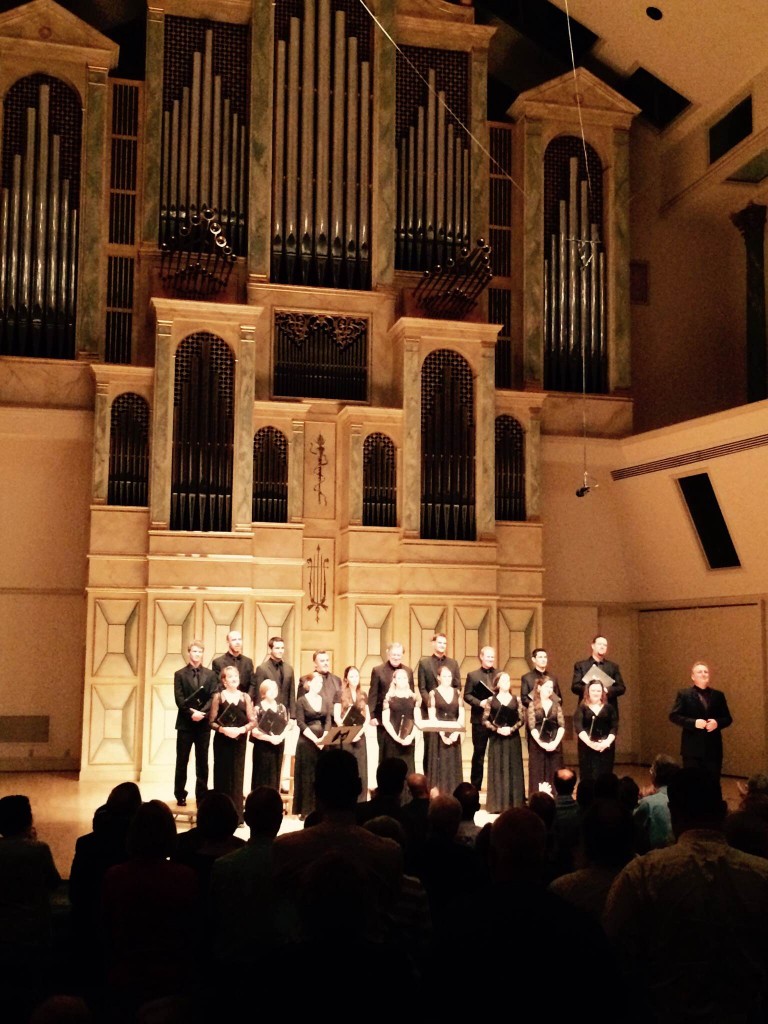 A standing ovation at Spivey Hall