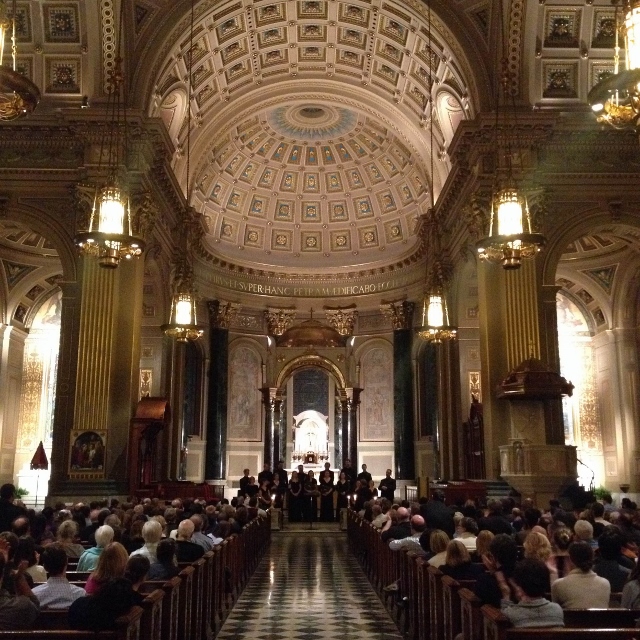 When I first heard Tenebrae, I was in a church in New York City known as Smokey Mary’s, which acquired this nickname for the large quantities of incense used during mass. It creates a rather evocative and exotic setting, despite being in the heart of the world’s busiest city, and with the astonishing sounds coming from this choir, those of us in the large audience were transported to another world. I sat there in disbelief at what I was hearing, perhaps for the first time in my many years of concert-going. A choir so in-tune, so precise… and so musical in a way that I had not heard before. I knew I was witnessing something special. The piece we heard that night was written for Tenebrae by Joby Talbot – called Path of Miracles (if you haven’t heard the recording, you really should!). Without exaggeration, the audience members around me were looking at each other for confirmation, some with mouths open, others shaking their heads as if to say “Am I really hearing this?”.

I feel quite fortunate to have heard the choir perform many, many times now. And to this day, I still have that same feeling of astonishment. Last night was no exception. Despite a day that began at 4:30am for the singers, they arrived in the City of Brotherly Love in good spirits, and were thrilled to be singing in the Cathedral Basilica; a space known equally for its beauty and great acoustic. The performance began at the back of the cathedral with Versa est in luctum (Lobo), and in that large space, with at least 700 in the audience, you could hear a pin drop. That sense of hushed awe continued through the entire performance, and it made those monumental climaxes in the Bruckner motets all the more shattering – when it felt like the very pillars of the Basilica were shaking.

And as the concert closed, with the encore so feverishly demanded by the audience, I felt that same feeling wash over me again: elation and exhaustion, and a reverence for the power of music when executed like this. Everyone around me had tears in their eyes. Tenebrae did it again.